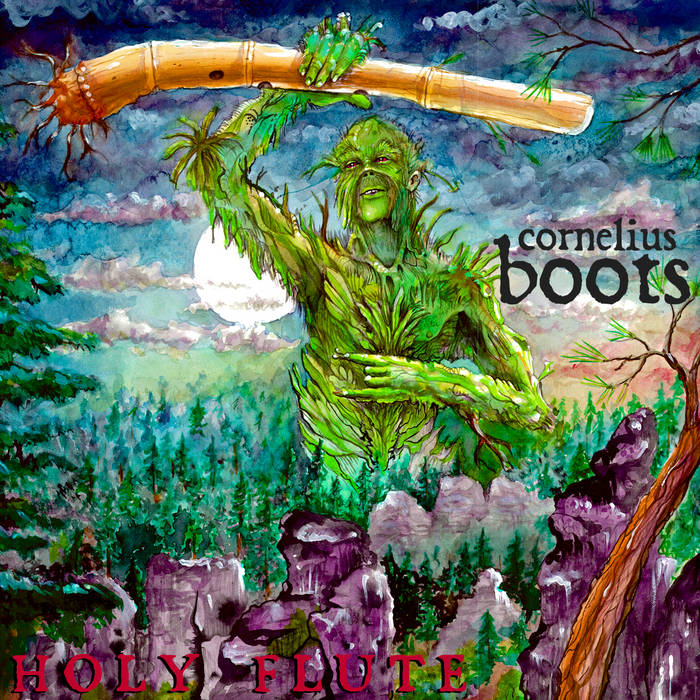 Peter Irish Bodhidharma meets Black Sabbath...the bodhisattva meets the blues. Heavy mental meditations to melt your mind...Cornelius Boots is Zen as f#*k!! True originality from a modern master of an ancient lineage. Nothing else like it; CB delivers the goods. Highly recommended. Favorite track: Until You Call On the Dark.

This album was funded by 108 very important supporters! Visit the crowdfunding page: www.indiegogo.com/projects/holy-flute-heavy-metal-bamboo-flute-album--2#/

This album is dedicated to Chuck Berry.

"We are evil and divine, just creations of the mind.”
- Dio, Faces in the Window

Hard rock and sacred nature music are brought together in the voice of the solo flute: the Japanese Zen shakuhachi. This bamboo flute is known for being evocative and provocative, ethereal, and very difficult to play. The breadth of its breath-powered musicality is brought to you in Holy Flute. This album combines the energy and structure of carefully chosen rock songs--originals and covers--with the inspiring, one-of-a-kind sounds of the shakuhachi.

Guest hosted by Tamar Osbourn aka Collocutor and Toshio Matsuura.