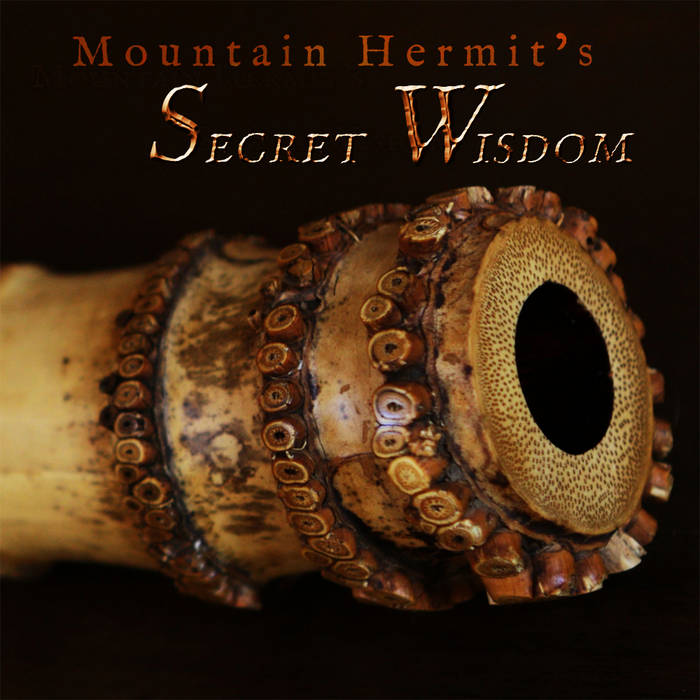 The World you can't leave behind

Bass Zen bamboo flutes recorded in a cave. Contemplative nature music inspired by Zen and Taoist philosophy, breath cultivation and the texture of the living moment.

Thanks to everyone who contributed to our funding campaign for the completion of the physical CDs (including notation scores) igg.me/at/mountain-hermit/x/5709982

Adventurous and contemplative, rustic yet refined this music is a simple and deep exploration of sound and stillness. Most of these songs are Buddhist hymns based on nature, breath and awareness that are part of the shakuhachi tradition. The other songs are new compositions for Taimu, a wide-bore, bass variant of the shakuhachi flute.

Environment
We recorded these songs inside of an abandoned gold-mining cave-tunnel. Although this tunnel was man-made, it is cave-like in that there are no materials inside or around the entrance: it is just a long tube into the side of the ridge near the south fork of the Yuba River in Nevada County, California. It is about 6 1/2 feet in diameter most of the way through. We went in until there was no more light from outside and set up and recorded. Creating sound through the bamboo tube of the flutes inside of the earth tube of the cave feels like a remarkable, resonant collaboration of earth, air, plant, consciousness, and the Zen Buddhist shakuhachi tradition itself.

The classical Buddhist songs (honkyoku 本曲) for shakuhachi are derived from nature, dreams, breath awareness and manipulation, devotional chant, existential philosophy and contemplation. They are part of a tradition over 1000 years old and connect to the Fuke sect of China (9th century) which contained the origins of what would become Japanese Zen flute. Focusing attention on the absolute, inescapable present moment is the basic practice of Zen.

Mukyoku (無曲 songs of nothing) are original compositions written for the Taimu (big nothing) flutes through an animistic compositional process (what do the flutes want to play?). Inspirational elements of mukyoku include Zen Buddhist honkyoku, Mississippi blues, melodically structured long tones, and breath texture.

"The sage emperor stands firm in the immeasurable
and wanders free in realms where there's nothing at all."
-from the Inner Chapters of Chuang Tzu (translated by David Hinton)

"Power is not the thing.
To be calm within oneself, that is the Way of the Wood."
-The Parliament of Trees in Saga of the Swamp Thing

Wisdom
We each have a "true sage" within. The true sage cultivates and contemplates, and dwells in the texture of the living moment. Immediate experience is an incredible aliveness. Alignment, awareness, stillness, expansion and "true looking" are all modalities of the sage.

Nature
A mountain hermit is a sage surrounded by nature. Nature is the planet and we are part of it. The underground realm can teach what is hidden: in the soil, opposites intertwine and decay becomes fresh growth. Above the surface, we learn from the invisible: in the air, all things are connected.