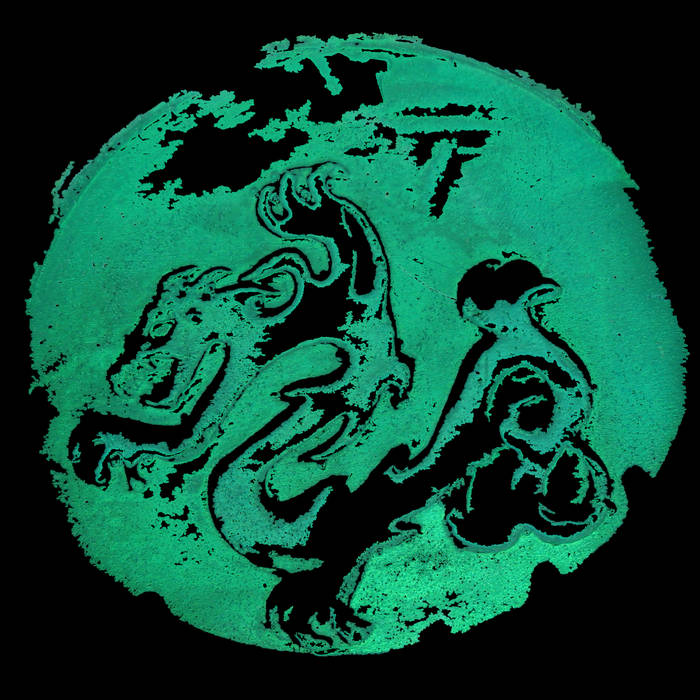 This is the fourth and final of four specific-flute-based intuitive improvisation pieces (#11, #12, #13, #25). For each of the four Taimu that I work with, there is one piece that was made by playing it, recording it, and transcribing/adjusting it later. The results were some musical streams of consciousness, and mukyoku that are even more specifically oriented towards the flutes on which they were written than the others. This one was created on the 2.75 Taimu, the skinniest and most versatile of the four. The name has the same Latinisms as #13, Morticus Leviticus, but this time there is more specific meaning. As referred to in the description of #16, Doubled Dragon, this 2.75 Taimu has a dualistic character. The doubled-serpent imagery and metaphysical implications were looming large in my mind when I first acquired this amazing flute from Ken; at that time I was reading Jeremy Narby's The Cosmic Serpent (which I recommend if snakes, shamans, creative anthropology and DNA interest you at all). The mythologies of Python the earth-dragon and Pythia of the Delphic Oracle are intertwined with the location of Delphi and the figure of Apollo, although these are Greek words and the original serpent or serpentis are Latin words. [As indicated before, I reserve the right to make up words in any or no language as part of the creative process...] There are cosmic-, chthonic- (subterranean), vision-, rainbow-, tree-, sea-, fire-, long-, double-, and plumed-serpents from every world mythology that you can find. Getting to know them all might take as long as learning to play Taimu, but it wouldn't give you as much sound. Like the giant deities from #14, it somehow seems useful to think of giant serpents and dragons when working with the Taimu.

You will find some phrases lifted completely from honkyoku, and you will also find melodic "violations" of certain honkyoku clichés. More than any other mukyoku, this piece uses the scale/set of pitches that is common in honkyoku. The goal is for your best sound on the flute to be easier to find than a dragon.